Matt Caldwell is a passionate defender of our God-given Constitutional liberties. He believes in limited government, consistently advocates for term limits, and is a staunch defender of our right to keep and bear arms.

A 7th generation Florida native whose family came to Micanopy in 1826, Matt Caldwell and his wife Yvonne are raising their daughter, Ava, in Lee County. Matt attended Florida Gulf Coast University, from which he received a degree in History. He works as a real estate appraiser and consultant with Maxwell, Hendry & Simmons in Fort Myers, having attained the highest state certification in his field and being qualified as an expert witness in multiple states and federal court. He is also a partner and consultant with TM Strategic Consulting. Matt was a member of the Florida House of Representatives from 2010-2018, serving on and chairing several committees during his tenure, including tax policy, redistricting, insurance and banking, agriculture, natural resources and public lands, transportation and infrastructure, local, federal, and military affairs, & oversight of government operations, such as pensions & elections. 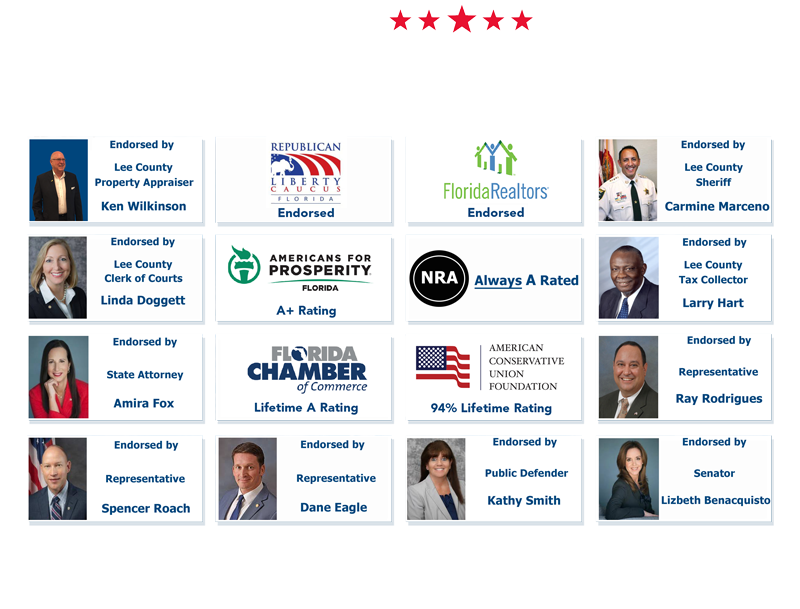 Keep Up With The Campaign